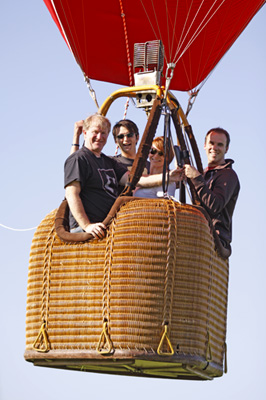 (in the left of photo, basket full of happy passengers)
Age:69

Commercially Licensed by the FAA as a Pilot and Instructor as well as a Balloon Federation of America Competition Division member.

Henry has been flying balloons around Nashville Tennessee and throughout the world, commercially and competitively, since he was in his early 20's.

With over 40 years of experience he has developed his flying skills and is regarded as one of the premier pilots in the Southeast.

He has competed internationally and domestically placing 1st in many events.

Henry has experience in tether rides, advertising, competitions as well as carrying thousands of happy passengers on their Hot Air Adventures. 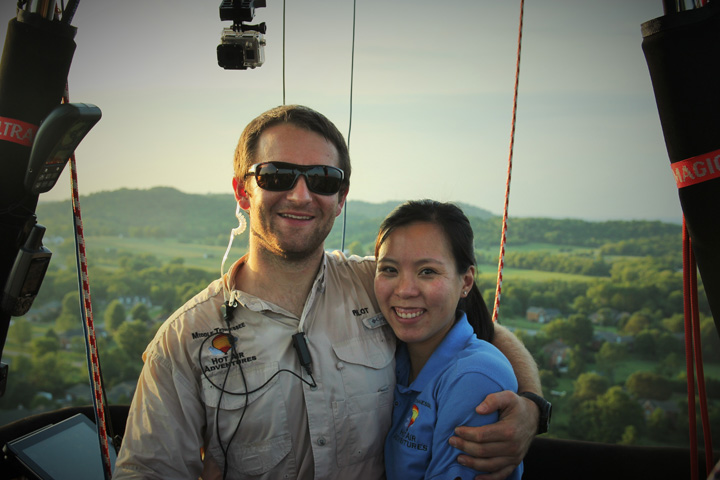 Born and raised in Franklin Tennessee, Logan grew up in the basket of a hot air balloon. Even before he was tall enough to see out, he always wanted to be with his dad whenever he was flying. (Logan age 5 pictured below)

Logan is Commercially licensed by the FAA as a Pilot and Instructor. As well he is a Balloon Federation of America and Aircraft Owners and Pilots Association member.

Recently flew balloons in New Zealand as well as the Mondial Air Balloons in Metz, France featuring over 400 balloons! Attended Festival Del Globos in Leon Mexico with over 160 balloons. 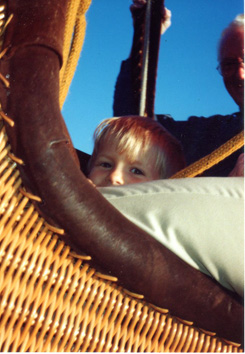 Logan has experience in tether rides, advertising, competitions as well as charter flights. 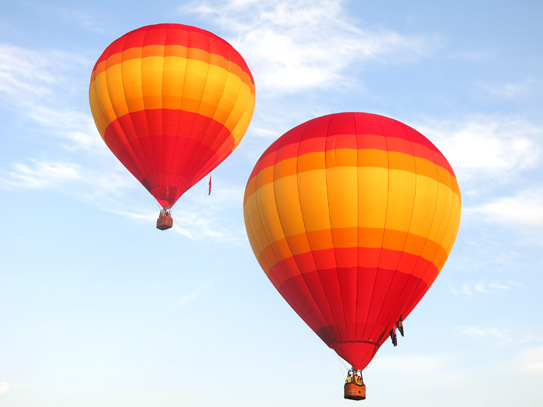 615-584-6236
Available at sunrise or sunset and excellent for Anniversaries, Engagements, Birthdays or a romantic getaway!
Check Flight Availability Here

Offering hot air balloon rides in Middle Tennessee and surrounding areas, our mission is to provide an experience that will be remembered for a lifetime. This family business is dedicated to protecting the safety of all passengers while providing an adventure unlike any other. Come out and join us on your own Hot Air Adventure!